The webinar is free for BSP members.  Charges for non-members £20 Hygienist/Therapist, £30 Dentist.

Bookings will close at midday on Wednesday 26 February.

Registering instructions will be sent out on Wednesday 26 February, as you need to register on the GoToWebinar site (a quick and simple process).  After registering you will receive a confirmation email containing information about joining the webinar on the evening. 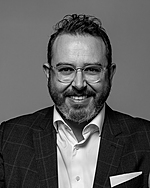 Dr. Liñares trained at the University of Santiago de Compostela (Spain), and qualified as a dentist in 2000. From 2002 to 2005 he completed his training in Periodontology at the Eastman Dental Institute in London achieving the MClinDent in Periodontology, and also becoming Board of the European Federation of Periodontology. After that, he moved back to Spain and continued his collaboration with the Eastman Dental Institute under the direction of Professor Donos. In 2010 Dr. Liñares obtained his PhD degree with honors as a European Doctorate at the University of Santiago de Compostela, under the direction of Professor Nikolaos Donos and Professor Juan Blanco. Moreover, he achieved the Doctorate Extraordinary Prize.

In 2007 he was awarded with the most prestigious award in research of the Spanish Society of Periodontology (SEPA), the Fonseca Prize. In 2017 he won one of the most important international research prizes on implant dentistry, the ITI Andre Schroeder Prize.

In the last 15 years he was teaching at the Master program in Periodontology of the University of Santiago de Compostela. Since 2007 he was Honorary Research Fellow at the Eastman Dental Institute, and since 2016 he is Honorary Clinical Senior Lecturer at the Queen Mary University of London. He also has lectured nationally and internationally with main focus on periodontal regeneration, mucogingival therapy, guided bone regeneration, immediate implant therapy and treatment of peri-implantitis. Dr Liñares has his main focus on private practice but also he has continued with his research profile, publishing in the most important journals in Periodontology and Implant Dentistry.  Dr Liñares is ITI Fellow since 2016.

Currently he is Assistant  Professor of Periodontology at the University of Santiago de Compostela in Spain, and he runs his private practice on Periodontology and Implant Dentistry at the city of La Coruña.