The webinar is free for BSP members.  Charges for non-members £20 Hygienist/Therapist, £30 Dentist.

Bookings will close at midday on Sunday 19 May.

Registering instructions will be sent out on Monday 20 May, as you need to register on the GoToWebinar site (a quick and simple process).  After registering you will receive a confirmation email containing information about joining the webinar on the evening.

Sponsored by Johnson and Johnson

At the end of this webinar delegates will be able to:

At the end of this webinar delegates will be able to: 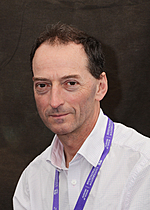