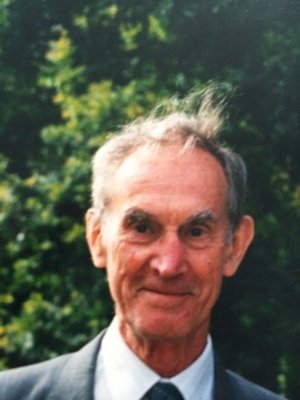 t is with immense sadness that I write to inform members of the passing of Roy Howell who died peacefully in a residential home on Saturday 7th June 2014, aged 89.  Roy was Treasurer of the Society for many years and President of the Society during 1983-1984.

Roy served in the Royal Air Force during the Second World War before studying dentistry at the Royal London from where he graduated in the early 1950s. After working in General Practice he took up the Lectureship in Operative Dentistry in Newcastle and, after Professor Hopper moved to Leeds in 1959, he took over the responsibility of Lead in Periodontology.  He was also pivotal in the development of the School of Dental Hygiene at Newcastle.

I have special reason to remember Roy both as a teacher when I was an undergraduate at Newcastle and then as President of the Society when he held his Spring Meeting at the Gosforth Park Hotel, almost 30 years to the day prior to my own meeting at the Sage.  Roy invited some ‘big hitters’ to Newcastle with Professors Ainamo and Page being ‘top-of-the-bill’. This was only 2 or 3 years after Page and Schroeder’s seminal publication of the histopathological classification of periodontal disease and it was truly inspiring, as a junior academic attending his first BSP meeting, to hear Professor Page giving his lectures on the Early and Established lesions.

Roy retired from academia in 1985 to care for his wife, Margaret, who had Parkinson's disease.  They moved to Devon where, until his death, he remained totally independent and very active in his pursuit of steam (and other kinds of) trains around the UK and other parts of the world, camera always at the ready.  Indeed, I recall many journeys on the (now) East Coast line between King’s Cross and Newcastle with Roy, Robin Seymour and Ian Macgregor.  Roy would often announce that we would be arriving ‘wherever’ in 7 minutes not from having seen landmarks from the window but from his extraordinary knowledge of the camber of the track in various places along the line.  A truly remarkable talent!