It is with deep sadness that the British Society of Periodontology records the death of Professor D Walter Cohen, who was made an Honorary Member of the BSP in 1973.

“Dr. D. Walter Cohen, former dean of the University of Pennsylvania School of Dental Medicine and chancellor of Drexel College of Medicine, died Friday, June 29. He was 91.

Dental education has lost a legendary and luminary figure.  Dean Cohen not only created and chaired one of the first ever Periodontal Departments but shaped thinking on dental education world-wide through his much publicized ‘Pennsylvania Experiment’.  Thus he created polyclinics and revived preceptorships in student clinical education.  He brought periodontics and restorative dentistry together and had a global societal impact, including close relationships with Israel and Europe.

Dr. Cohen was much lauded with many honours notably honorary degrees, membership of the Institute of Medicine and the French Legion of Merit. Dr Cohen was a rare Honorary Member of the BSP alongside the likes of Jan Lindhe, Klaus Lang and Ubele Van der Velden.

Over nine years at Penn, I met with Dr. Cohen regularly and was always impressed with his memory for former students and his encyclopaedic knowledge of Penn Dental School’s incredible history, passions we shared.  Dean Cohen demonstrated how societally important Dentistry can be, and his memory and example will prevail.” 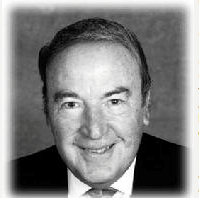